A large cinema complex has been built in central Gothenburg with little impact on the existing urban environment. Space was limited above ground, so the solution was to blast a large cut in the side of a hill and lower the structure into it.

In the 1980s, the leading Swedish cinema chain, Svensk Filmindustri (SF), had great visions for a large cinema complex in central Gothenburg.

The aim of the project was to concentrate several cinemas in the entertainment quarter in Gothenburg, while minimising the amount of land needed for the site. The solution to place the facility in the rock was natural, because such a large cinema complex could not be built above ground in this attractive position. A feature of the project was that the rock cavity was to be covered with a roof with a grassed surface, open to the public.

The social benefits of this project are that valuable land was saved for other uses and that a multi-cinema could be built next to a park in the city centre contains an 18th century agricultural property, of which the listed main building is still standing, situated immediately north of the Bergakungen cinema complex.

During construction, part of an existing rock outcrop was removed by blasting. On a concrete foundation in the rock cavity, an outer concrete frame was placed, comprising 450 prefabricated elements of beams, wall sections and roofing sections. The individual cinemas were then built under the roof, with their own walls and ceilings. However, the ceiling of the two largest cinemas is the main roof. The foundation in the large cinemas is placed even deeper in the rock, and is bolted to the rock to prevent the risk of upward movement caused by groundwater.

The underground facility uses less energy than a building above ground. The roof is covered by a thick layer of soil and vegetation that retains moisture and delays surface runoff.

The indoor environment and safety conditions underground must be of high quality, so the building is equipped with air conditioning units that serve the different premises. Air is blown into the cinemas and the foyers. All areas have comprehensive sprinkler systems, which reduce the need for fire insulation.

Filmstaden Bergakungen is one of the most modern cinemas in the Nordic region, with more than one million visitors annually. 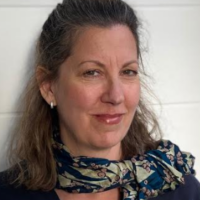