The route of the West Coast Line over the Hallandsås Ridge had been a bottleneck for nearly a century. The solution was to build a tunnel through the ridge, but the project encountered major problems and proved to be a major challenge for Swedish rock construction engineers.

The Hallandsås Tunnel is part of an extensive programme to expand and modernise the Swedish rail network. An efficient rail line along the west coast of Sweden facilitates commuting, and more goods can be transported by rail. The West Coast Line is also an important link for long-distance rail traffic, for example between Copenhagen and Oslo.

The Hallandsås Ridge is one of the horsts formed in Skåne at the end of the Cretaceous period, approximately 70-100 million years ago. The geology in the ridge is varied, comprising gneiss and amphibolite, as well as granite and diabase, and the rock quality ranges from solid to completely weathered. Many parts are highly fractured and contain large quantities of water. The heterogeneous nature of the rock and variations in rock quality presented challenges from a rock engineering perspective.

The Hallandsås Tunnel project began in 1992. Shortly after the start of the work large inflows of groundwater were noticed in the northern tunnels, lowering groundwater levels and water levels in nearby wells.

None of the grouting agents tested could penetrate the finest cracks and seal the tunnel. A chemical grouting agent, which had been used in many other tunnel projects all over the world, was then tested. This comprised two components based on acrylamide, which is toxic but rendered harmless when the individual molecules bond together in chains through polymerisation.

In October 1997, however, it was discovered that some of the agent had not completely polymerised because of the abundant groundwater flow and the high water pressure. Some of the acrylamide did not polymerise at all and remained in its toxic state, polluting the water in the streams into which the tunnel water was discharged. Fish died and cattle that drank from the streams suffered paralysis. There was also concern about local drinking water and the work environment in the tunnel.

The tunnel project came to a halt in 1997 when the problem of acrylamide discharge became known. Studies showed that the drill and blast method would cause great inflows of water during the period of construction, so this problem had to be addressed. Conclusions were that the tunnels needed to be sealed using an enclosed concrete lining, and that a shielded tunnel boring machine must be used. Another important lesson learned was that environmental consideration, control, and information to the public must be given a high profile.

In 2001, the Swedish Government and Parliament took the formal decision to resume the project, and the shielded tunnel boring machine, Åsa, began work in 2005. The shield, when closed, prevented water from flowing into the tunnel and protected the tunnel workers from falling rock. The waterproof tube that the machine built behind itself was made of concrete segments.

In 2013, both tunnels were completed. The technical obstacles encountered during the project period had been finally overcome. Tracks, electricity, signalling and telecommunications equipment were installed, and the tunnel was finally opened to rail traffic in December 2015.

The completed tunnel system consists of two parallel single-track tunnels, 8.7 kilometres long. The two tunnels are connected by 19 cross passages at intervals of no more than 500 metres, for use in the event of an evacuation.

The Hallandsås Tunnel has enabled the payload of goods trains to be doubled and, instead of the previous four trains an hour, the line now has capacity for up to 24 trains an hour. Trains can run at 200 km/h compared with the previous 80 km/h, and the risk of delays has been reduced. 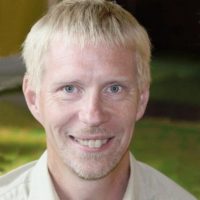