The railway system in the Gothenburg region has reached maximum capacity. Delays and disruptions are common, and the central station is a terminus, which causes a bottleneck. The capacity for goods and transport traffic is limited and a hinder for regional development. To overcome these problems, a new line, the West Link, is to be built for through traffic, commuter traffic and regional trains. Much of the line will run in tunnels under the city centre, and three underground stations will be built.

The solution chosen was to build a new 8-km railway line, of which 6 km are in a tunnel. The line continues past Gothenburg Central Station, under the centre of the city where three new stations will be built, and connects to the West Coast Line.

Approximately 230,000 people who live and work in central Gothenburg, live within walking or cycling distance of a commuter train station. The new stations will relieve the current congestion at the Central Station, and efficiency of local public transport will be improved.

One of the reasons for choosing this solution is that more people will be able to reach more workplaces within a reasonable time, which is necessary for continued regional growth. Approximately 230,000 people who live and work in central Gothenburg, live within walking or cycling distance of a commuter train station. The new stations will relieve the current congestion at the Central Station, and efficiency of local public transport will be improved. At the same time, capacity for long-distance and goods trains will increase, thereby helping to reduce the vulnerability in the railway system.

At the start of the 2000s, the formal planning process for the project to increase capacity at Gothenburg Central Station was started. Various tunnel solutions had been examined in feasibility studies and railway investigations. The formal decision on the route of the railway was taken by the Swedish Transport Administration (then the Rail Administration) in 2007. The components in the decision were a localisation assessment (Rail Administration), a plan programme (City of Gothenburg), and a decision on the route of the railway track. The Swedish Government has now given the project the go-ahead.

The Swedish Transport Administration is responsible for planning railways and land negotiations, where the right to build a tunnel is bought from the landowner in question. In parallel, the City of Gothenburg has approved the localisation assessment and will implement the necessary local plans.

The route of the West Link and positioning of the stations had to consider not only geological conditions and the existing urban geography, but also the City of Gothenburg’s plans for city development.

The geological conditions for building underground in the area vary greatly, comprising an undulating hard rock layer with thick deposits of soft clay between the rock peaks. The tunnel, which includes three underground stations, is 6 km long, of which 4 km will run through rock and 2 km through clay and fill. In the clay sections, a concrete tunnel will be built with a cut-and-cover technique and the rock tunnel will be built using a drill-and-blast technique.

The three underground stations are Centralen, Haga and Korsvägen. The Centralen station will have two platforms and four tracks. It will be built in a thick loose clay deposit close to the Göta älv river, while the Haga and Korsvägen stations will be built partly in rock and partly in clay. The station rock caverns will be approximately 30 m wide.

The physical appearance of the West Link railway and the stations is based on the principle that passengers must perceive the environment and facilities as attractive and safe. The stations are to be seen as positive places, not just for travellers, but also as attractive meeting places in the city for people who are not necessarily travelling anywhere. They are to be aesthetically pleasing, have a clear individual identity, and add value to the immediate environment.

The stations are to be seen as positive places, not just for travellers, but also as attractive meeting places in the city for people who are not necessarily travelling anywhere.

Another aim is that travelers must be able to find their way easily around the stations and between street level and platform. The stations are to serve as comfortable and efficient interchange points between different modes of transport, and are to be perceived as safe environments, irrespective of the time of day. This feeling of safety will be promoted by being an open, simple, clean environment with good sight. Lighting and material coating of high quality will also promote a feeling of safety. 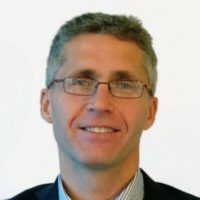