Current designs for underground facilities can be spectacular in terms of size and depth and are associated with a diverse range of uses. However, man’s exploitation of underground space has had a long and varied history. 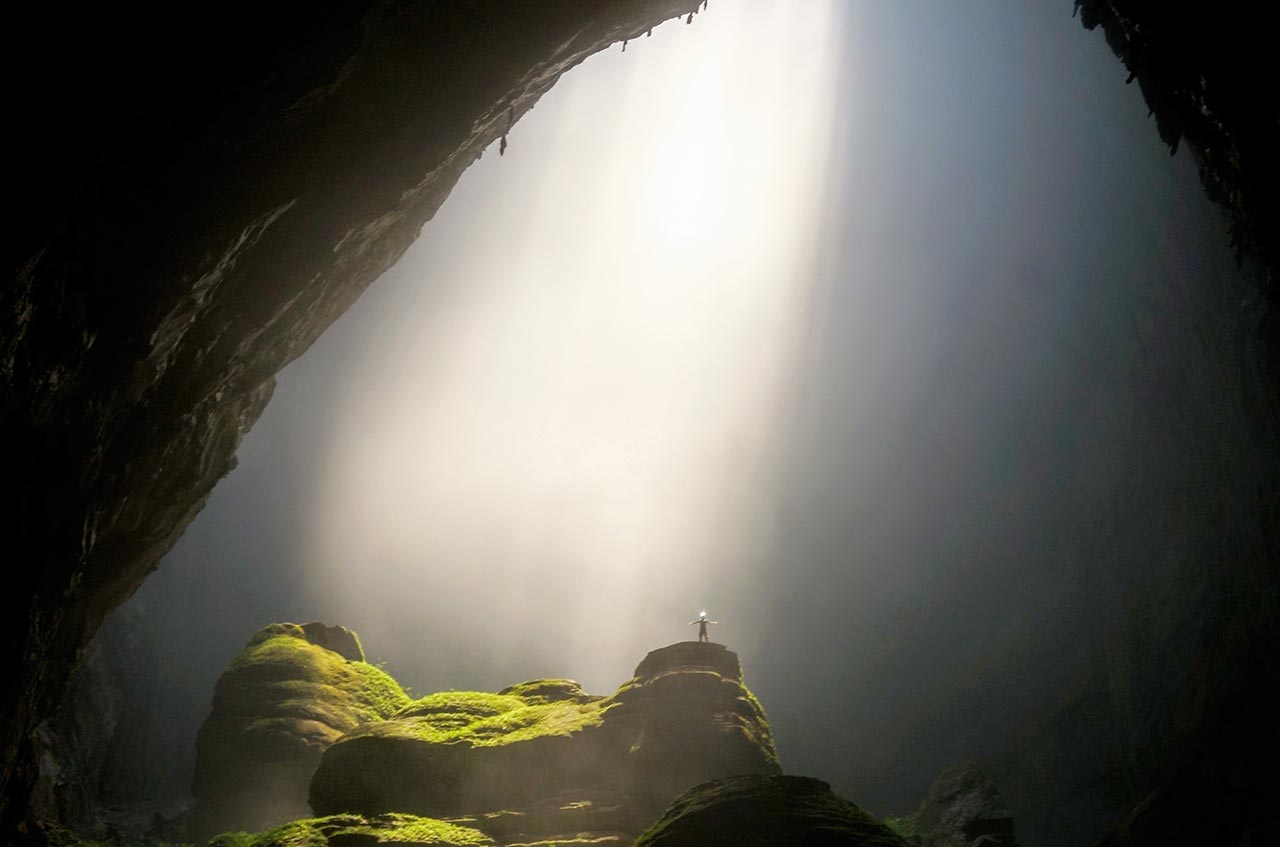 Oldest use of underground space by man – probably residential

Homo erectus have used caves some 700,000 to 200,000 years ago and Homo sapiens used caves for dwelling more than 50,000 years ago. One of the oldest remains of semi-underground shelters was found near Kostenki (Russia), estimated to be 23,000 years old. 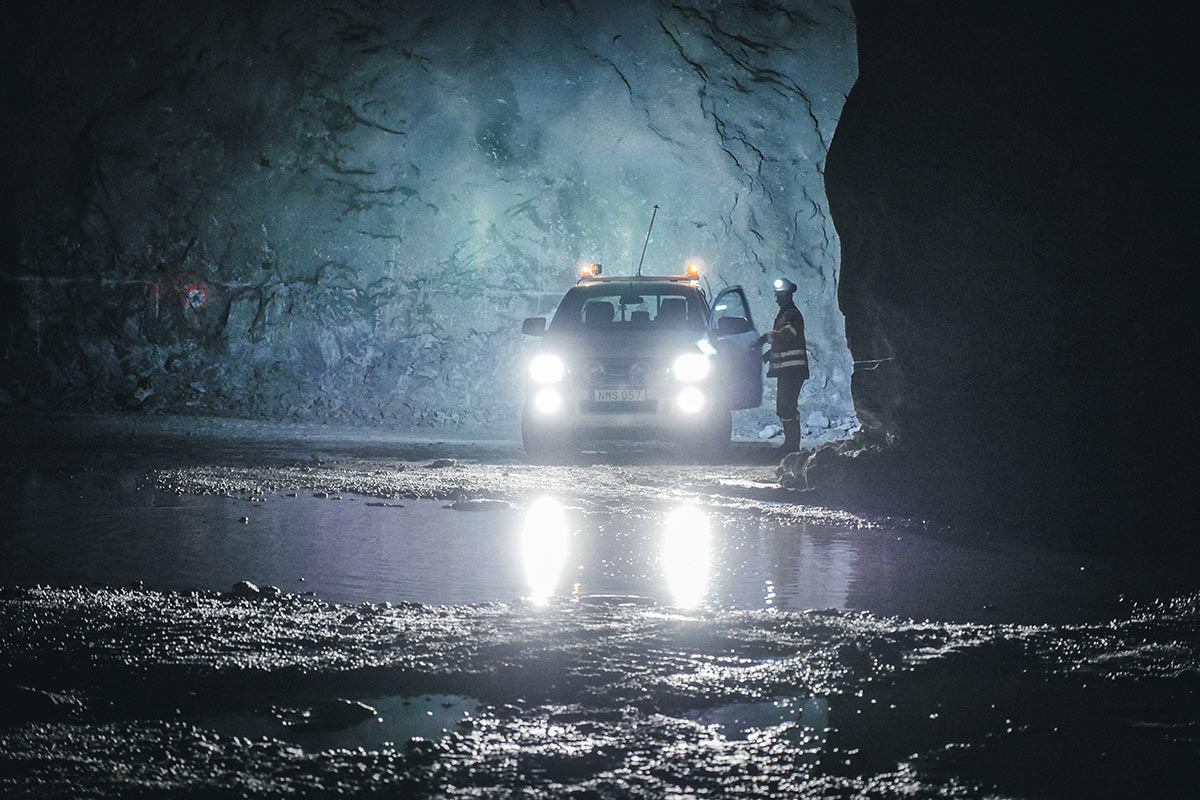 Renström in the Boliden area is Sweden's deepest mine; in March 2017 it reached a depth of 1445 metres, equivalent to four Eiffel Towers on top of one another. The mine opened in 1952, and complex ores containing zinc, copper, lead, gold and silver are mined there. 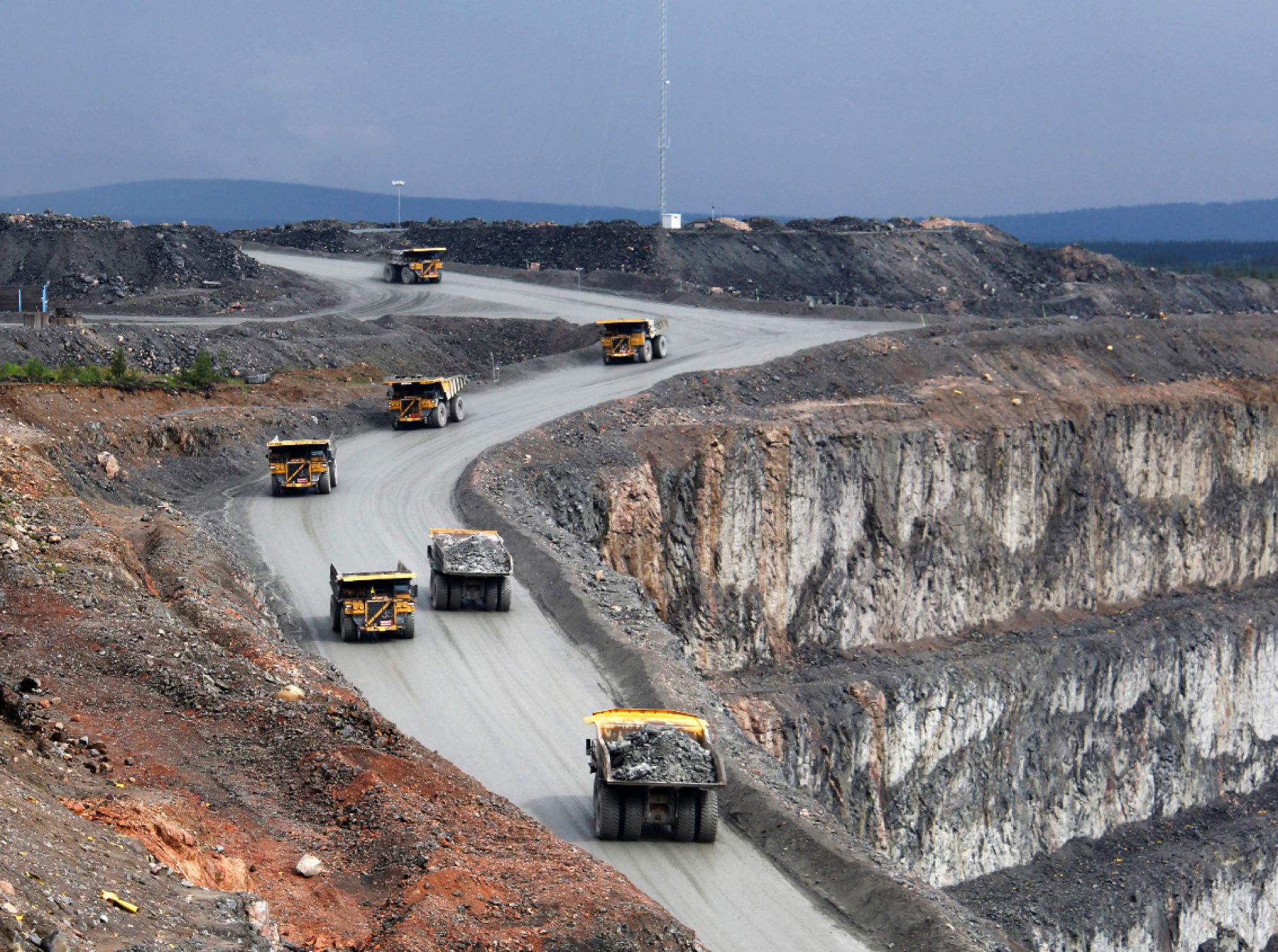 The world’s most efficient open-pit copper mine

Aitik, just south of Gällivare in northern Sweden, is Sweden's largest open-pit copper mine. Ore is mined here around the clock from chalcopyrite that contains copper, gold and silver. The work in Aitik is done by some of the biggest machines in the world. They include rock dumpers weighing 570 tonnes when loaded, whose wheels alone are 4 metres across and excavators whose buckets can hold 45 cubic metres of rock. 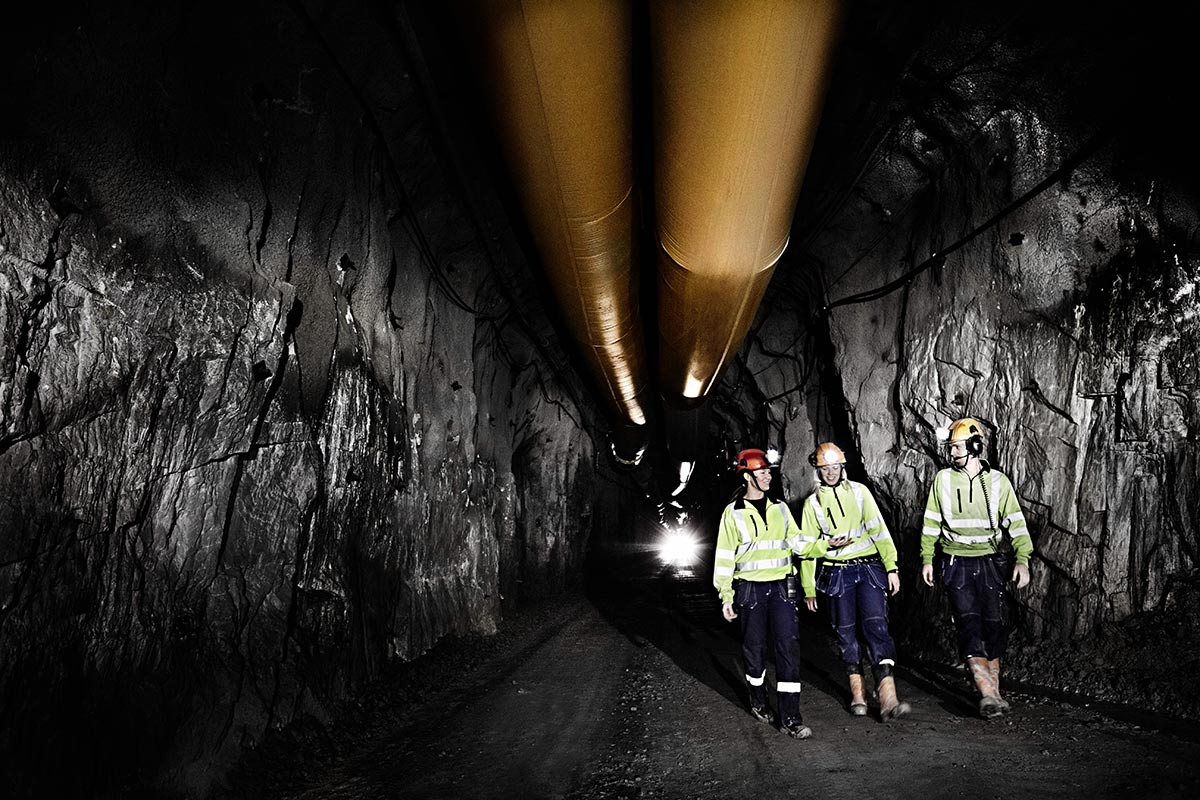 Rescue chambers at Garpenberg mine

The Garpenberg mine is equipped with 46 rescue chambers with enough air to supply 239 people with breathing air for 8 hours. There are also an ambulance, trailers with rescue equipment’s and two firefighting vehicles with a capacity of 200 litres firefighting foam underground.

Saint Barbara – the patron saint of miners and tunnellers

Saint Barbara’s Day, December 4, is celebrated among many different professions who work with artillery or explosives. Miners and tunnellers regard St. Barbara as their patron saint and protector. St. Barbara was an early Christian saint, and is thought to have lived in today’s Turkey in the 3rd century. Having secretly become a Christian against her father’s will, she was condemned to death by beheading. Her father himself carried out the death-sentence. As punishment for this, he was struck by lightning and his body was consumed by flame. Her tomb became the site of reported miracles and this lead her to being invoked against lightning and fire and, by association, with explosions. 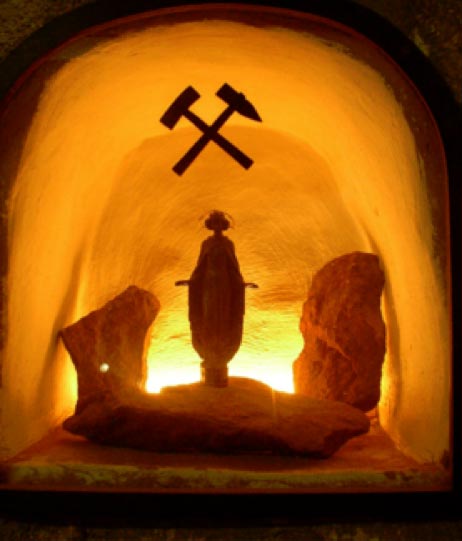 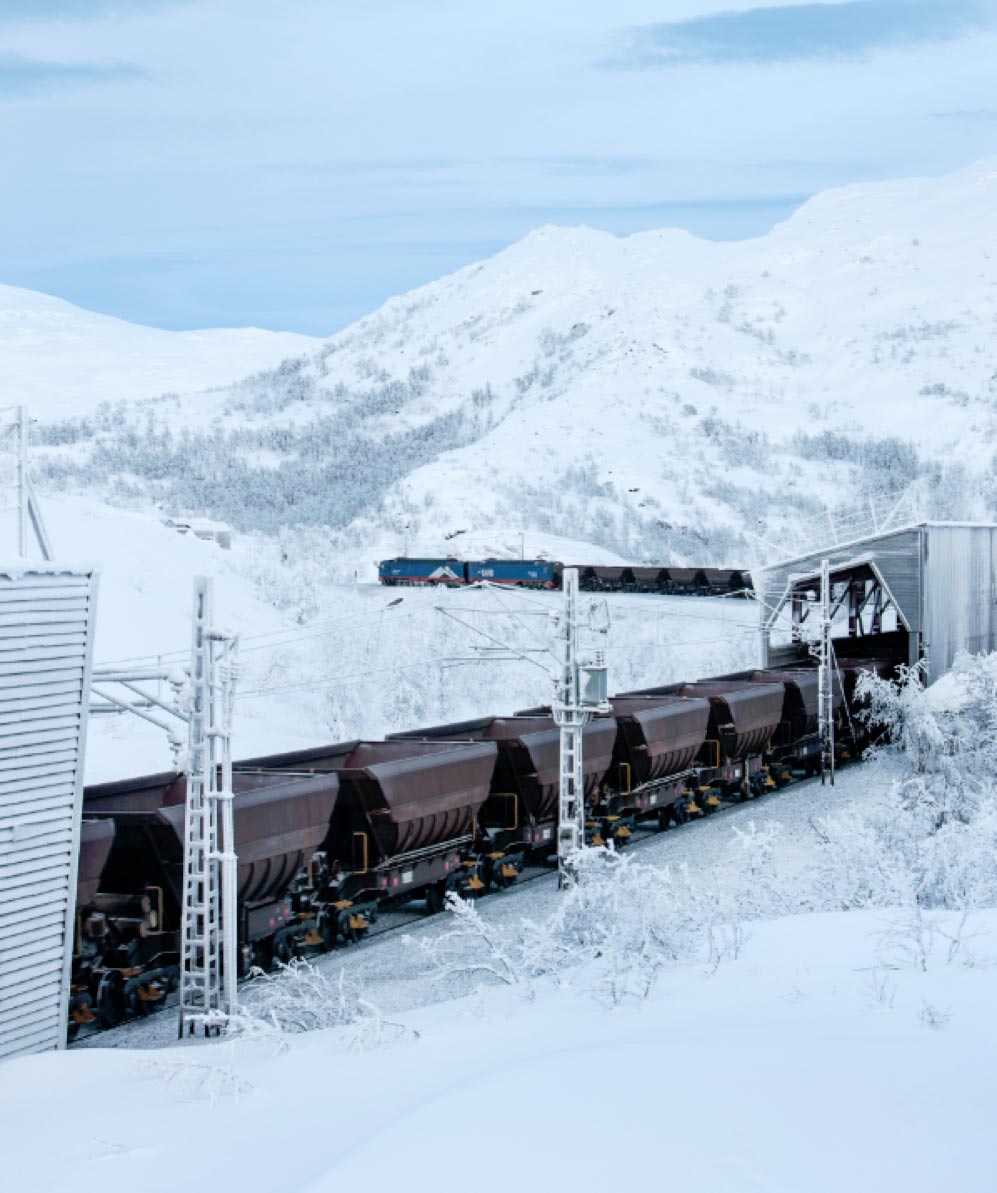 A 470,5 km long railway line carries LKAB’s refined ore to the harbour facilities in Narvik and Luleå. The Malmbanan railway is the only railroad track in Sweden that supports 30 ton axel loads. The 27 million tons of ore transported on the line each year constitutes 44% of Sweden’s entire railway goods traffic. 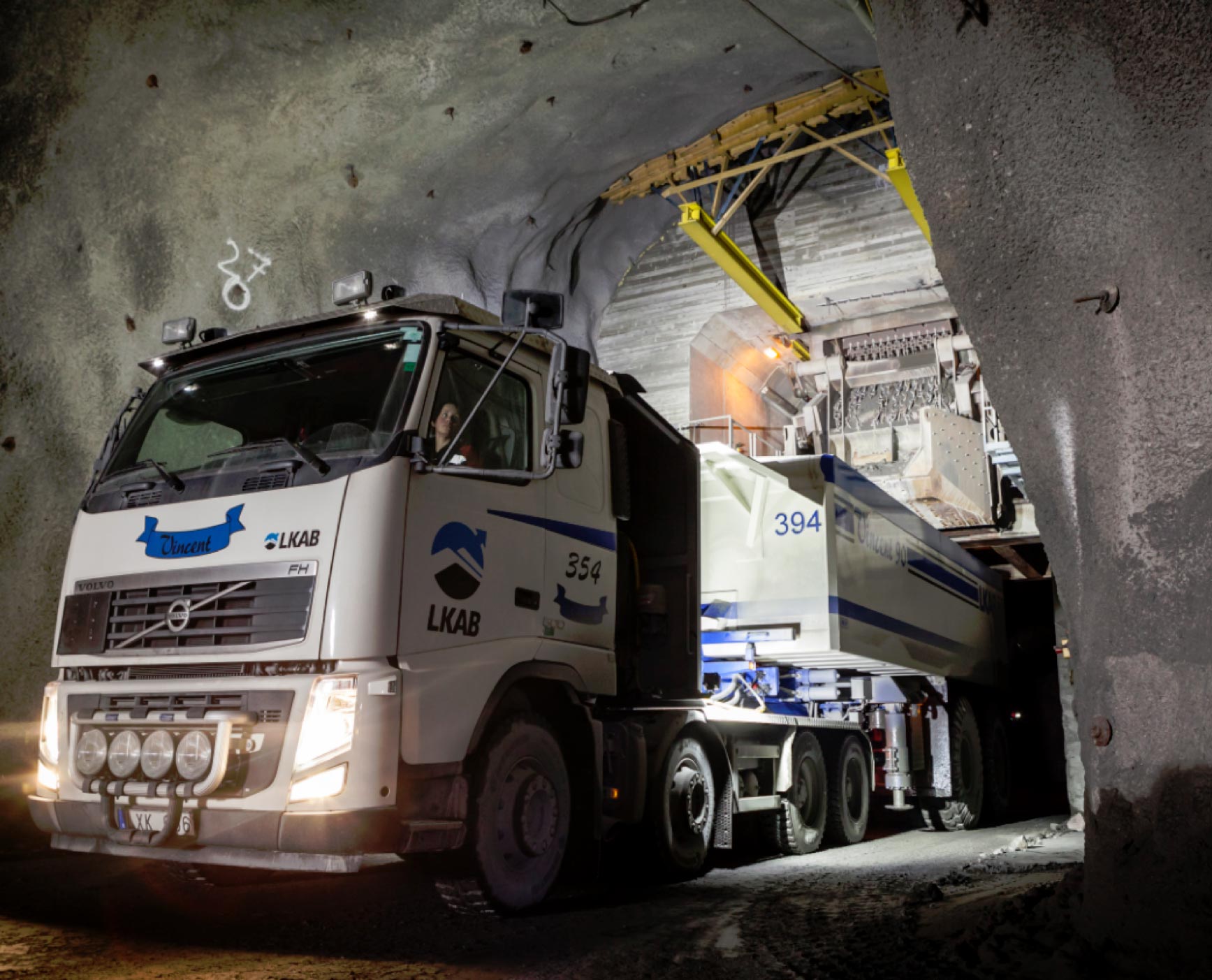 620 km road network at Malmberget mine

1020 km of roads exist in Luossavaara-Kiirunavaara Aktiebolag’s (LKAB) mines. The Kiruna mine has 400 km and Malmberget 620 km. The more extensive road network at Malmberget is needed to link the various ore bodies that are spread out over a large area. Malmberget uses trucks to transport the ore, whereas the Kiruna mine even includes underground rail transport as part of the haulage system. 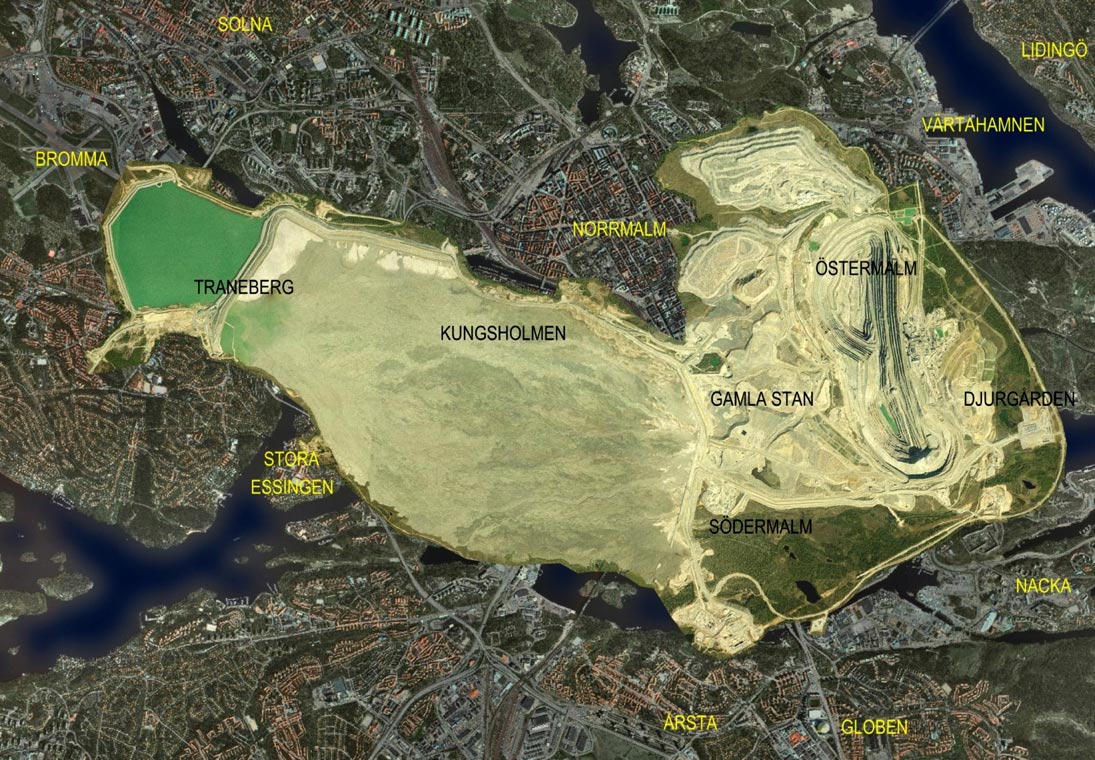 Aitik placed over a satellite image of Stockholm city visualizes the size of the mine.

Aitik’s mine – as big as Stockholm city